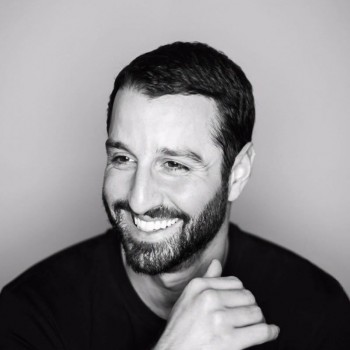 Upon graduating in 2011 from the Brown Aveda Institute in Cleveland Ohio, Patrick was chosen to participate in a workshop with Jon Reyman, cutting a live model and graduating on stage during Aveda Congress. Soon after graduating, Patrick attended numerous advanced classes with top artists from all over the world. After one year of working for Ladies and Gentlemen Salon in Cleveland, Patrick joined the Ladies and Gentlemen creative team at their salon location in Chicago. He worked closely with fellow stylists on numerous team shoots for NAHA, while also entering his own collections and styling hair in several fashion shows.

Having moved back to Cleveland, Patrick continues inspire and push limits while working for Ladies and Gentlemen as a Master Stylist. As his name rapidly grows in recognition, Patrick had the privilege of cutting a model on stage during Aveda Master Jam in Cleveland. Patrick strives to improve both himself and his peers by working closely with stylists and assistants in salons and schools, sharing knowledge he has gained from his experience and focusing on building a social media presence on multiple platforms where his featured work helps brings in a stream of new clients. As a strong compliment to his abilities as a stylist, Patrick has taken photography as a hobby, shooting for numerous artists and producing award winning photos for The Brown Aveda Institute. In 2018, a student from the Brown Aveda Institute won the Edwin Neill award, as well as numerous winners in ABS. His future holds unlimited potential, as he looks forward to a bright future with Aveda.